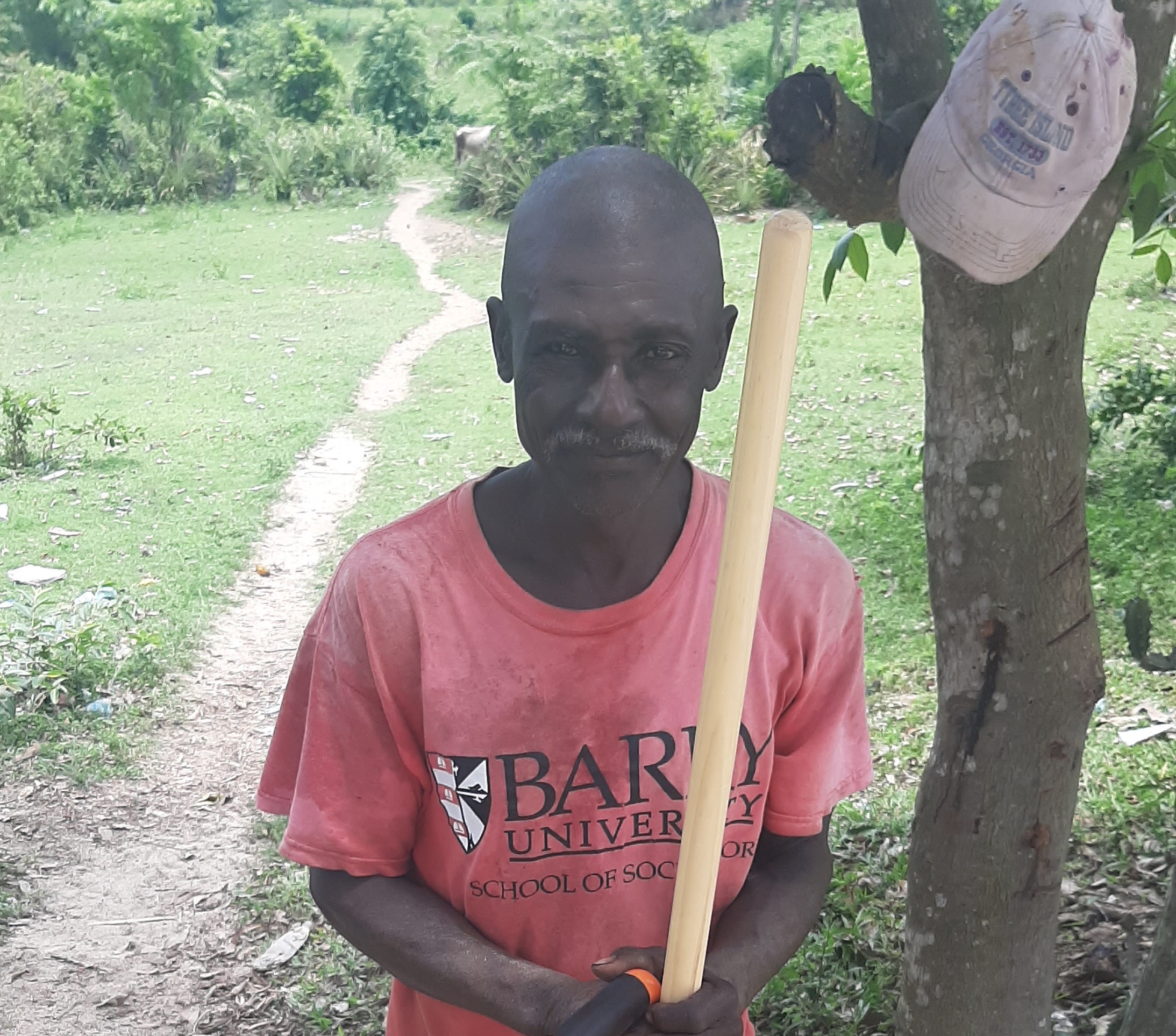 Antoine Clement graduated from MFK’s farmer training program in January 2022 and quickly became part of the Champions program. MFK’s Champions program provides individualized advice and financial and technical support throughout the growing season to assist farmers in implementing improved techniques to grow a higher quality and quantity of peanuts. The farmers also have the opportunity to sell their low-aflatoxin peanuts to MFK to use in our Ready-to-Use Therapeutic Foods.

Antoine is 69 years old and has been in farming since he was a young boy. He is from the third communal section of Ouanaminthe known as Savane Longue. The community is home to around 10,000 people, with agriculture being the main economic activity in the area. Antoine has lived his entire life in Savane Longue, and it’s in this community that he and his wife have raised all 10 of their children. With much pride, Antoine explains that he was able to educate all of his kids about agriculture.

In his gardens, Antoine grows cassava roots, pigeon beans, sugar cane, and plantains, but he considers peanuts his main crops. “Sometimes we plant other things to help us fight against hunger, but peanuts are the crop that helped me raise my 10 children,” he added. Haitian farmers often practice mixed gardens which consist of a variety of products so they always have food in their garden throughout the seasons.

When asked about his experience with the MFK training program, with Antoine told us “before the farmer training program I used to plant groundnuts in my own way, but afterward, I decided to follow the advice of the agronomists in order to produce more and sell my products to MFK.”

Antoine is very proud to be a farmer. Raising and educating 10 children with agriculture as the only source of income is not easy in Haiti. Though he has the support of his wife and children, he explains that his journey has been very long. He usually leaves their house to go out to the farm at 5 in the morning and does not get back until late in the afternoon.

While Antoine enjoys being a farmer, he also recognizes the challenges that he and other farmers face, which force many to abandon agriculture- shortage of rain, depleted soil, and not enough tools and resources. For him personally, it has been a challenge to have assistance in the field as all his children are now adults, and only a few want to follow in his footsteps in farming.

MFK has been working with Antoine in the Champions program and supports him in his agriculture activities. As part of the program, MFK makes many resources available to him such as a garden hoe, tarps, mesh bags, a machete, and, most importantly, a market for him to sell his crops. MFK is proud to work side by side with courageous farmers like Antoine.