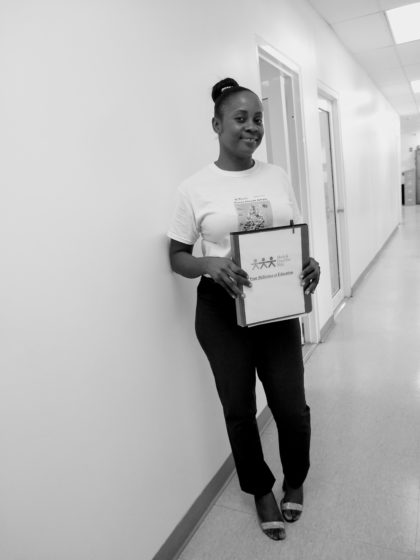 Meds & Food for Kids would like to introduce you to Magdalla Borgella, our nurse educator. Magdalla has been working for MFK and assisting MFK partner clinics since March 2018. 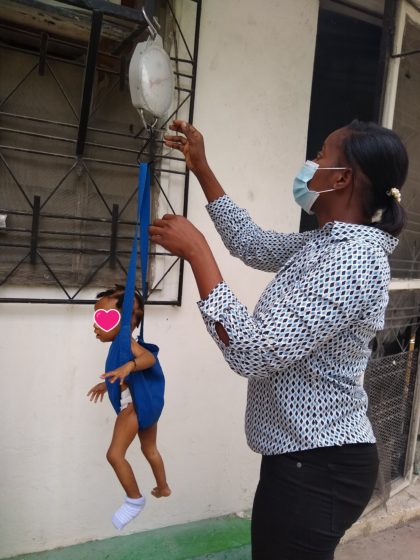 Magdalla chose a career in nursing because she enjoys working closely with patients and assisting them during difficult periods of life. Magdalla shows empathy and provides exemplary care and instruction to women in prenatal programs and to the families receiving Medika Mamba treatment. One of those patients is a little girl named Wiselandine who was treated at the Clinique de Bleu Hills.

“Bleu Hills is an area with a lot of malnourished kids so when the nurse, Anne, requested the Medika Mamba program, we saw it as an opportunity for those children to be saved from this disease,” says Magdalla.

“Wiselandine was treated with Medika Mamba for 10 weeks and graduated having reached a healthy weight, cured of her edema (swelling), and could sit up all on her own. Her parents are so thankful for the Medika Mamba.”

Magdalla joined MFK’s team because of the mission to decrease malnutrition levels in Haiti. She felt she could not stand by as a child suffers because of being malnourished. She is grateful to work at MFK and so proud when she sees children so near death survive, thanks to Medika Mamba from MFK.