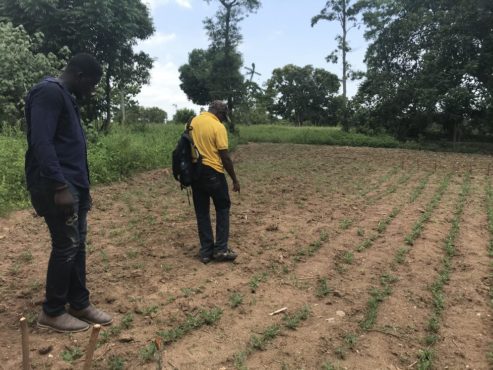 Haiti’s Health Minister has now confirmed more than 1,400 cases of COVID-19 in Haiti. It’s no secret that Haiti has one of the weakest healthcare systems in the world. There are growing concerns about the ability of the Haitian government to fight the spread of COVID-19, and preserve an economy that is already very fragile.

Following the news on March 24th that two cases of the Coronavirus were discovered in Haiti, the government decided to shut down all the factories, including MFK’s factory, in order to help the fight against COVID-19. Airports and the border with the Dominican Republic, where a lot more cases were discovered, were also shut down. Thankfully, our factory resumed production in April.

Our Agriculture Team has been unable to train our farmers as we normally do. Recently, I received a call from one of our farmers wanting to know if we were planning to continue to hold our farmer trainings. I replied that it looked like we would have to stop because the government has decided to shut down all non-essential business and activities, and has formally forbidden all meetings and gatherings with more than 10 people. You could easily tell by his voice that he was disappointed. He told me that MFK’s farmer training program should be considered an essential activity because farmers are supposed to be ready to feed everyone during this difficult time. He said,

“Without farmers, there is no food and having no food is worse than COVID 19.”

I told him that he was right. The country right now needs farmers more than ever. Therefore, MFK decided to keep holding trainings with groups of 10 or fewer people. Everyone sits at least two meters apart from each other. We go over safety precautions that the farmers need to take to avoid getting and spreading the coronavirus. They always have a lot of questions about the virus and they show a lot of concerns over the lack of medical infrastructure the country is currently facing.

We also talk about topics related to agriculture including using different cropping systems. A cropping system is the management techniques used on a particular field over a period of years. Some of these cropping systems used in Haiti include:

Cropping systems is an important topic because right now food is scarce and farmers need to harvest as soon as possible to provide for their families. Most of the time, farmers have only one plot of land and they can’t afford to wait four months until they can harvest their peanuts. As a result, they practice intercropping to get food from another crop while they wait to harvest the peanuts. 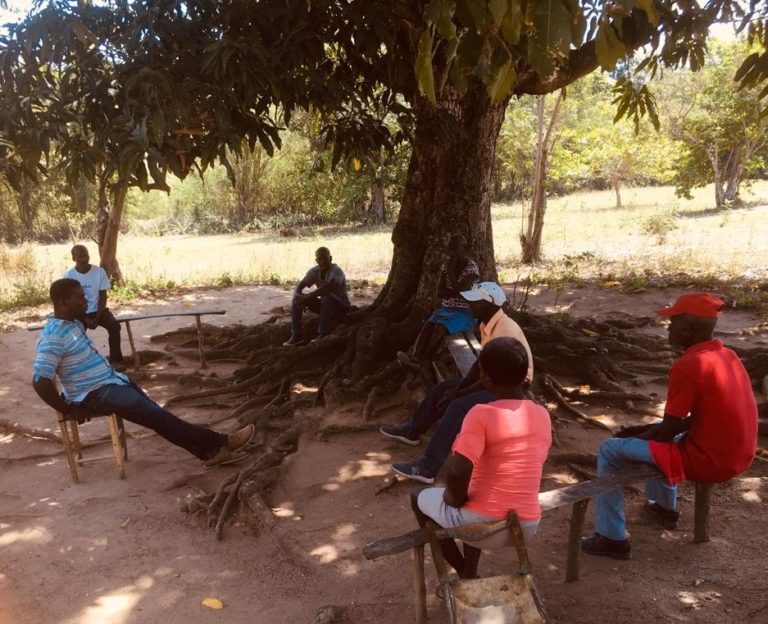 We also held meetings with five farmers (shown right) that are a part of our Champions Program this year. Champions participants are selected from our farmer training program based on their engagement, participation, and likelihood of implementing new farming techniques we’ve taught them. We met ahead of the season to prepare them for the upcoming planting season in May.

We plan to keep visiting and providing one-on-one advising to these farmers during this difficult time. We are praying for more rain and better yields. Now the farmers need it more than ever. We will get through this together.