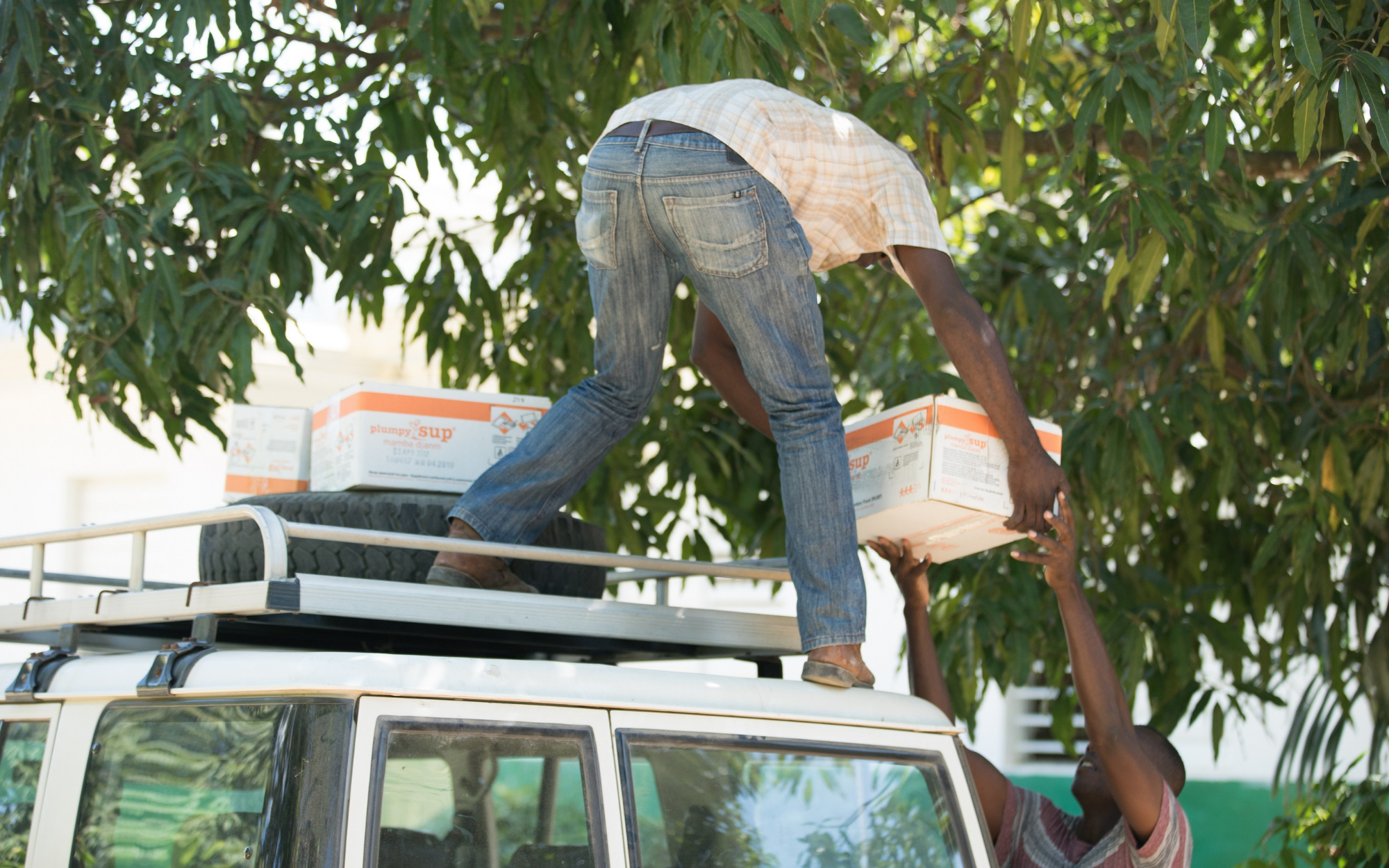 We appreciate all the expressions of concern we’ve heard from so many of you after Saturday’s earthquake and Monday’s tropical storm.  As of this morning, there are 2,189 confirmed dead and over 12,000 injured from these natural disasters, according to Haiti's Civil Protection Agency.

The earthquake in Haiti’s southern peninsula has left residents without access to food, water and hospital care. UNICEF estimates that 1.2 million Haitians have been affected, including 540,000 children, and that more than 84,000 houses have been damaged or destroyed. Broken water pipes have washed out homes, leaving many families without shelter, in the middle of hurricane season. The main supermarket in Les Cayes, the largest town nearest the epicenter, collapsed. The many small markets residents rely on for produce, pantry staples and household supplies toppled.

Tropical Storm Grace has caused flooding and debris on the roadways. Haiti's Civil Protection Agency reports that Route National #7, which connects the southern cities of Les Cayes and Jeremie, has been completely blocked by the landslide. Blocked roads and damaged hospitals will strain health care in the region for many months, just as Haiti was starting to receive COVID vaccinations.

MFK’s factory team in Cap Haitien have been spared, feeling only tremors and aftershocks. Our factory and infrastructure are undamaged. However, we have heard from many of the clinics we supply that they urgently need the RUTF products we make at our factory. Our products allow them to care for the unexpected spike in hunger and food instability that the earthquake has caused.

The MFK team is working to coordinate delivery of our nutritious foods with our partners in the southern regions, as well as working directly with the Ministry of Public Health and Population of Haiti (MSPP) to ensure the resources reach those in need in the most efficient way.

Your donations will help us send emergency stores of nutritious foods that will ensure that the people affected by the earthquake will have the life-sustaining nutrition they need.

On behalf of the staff, board members and the thousands of Haitian families and children impacted by the work we do, thank you for your generous support.