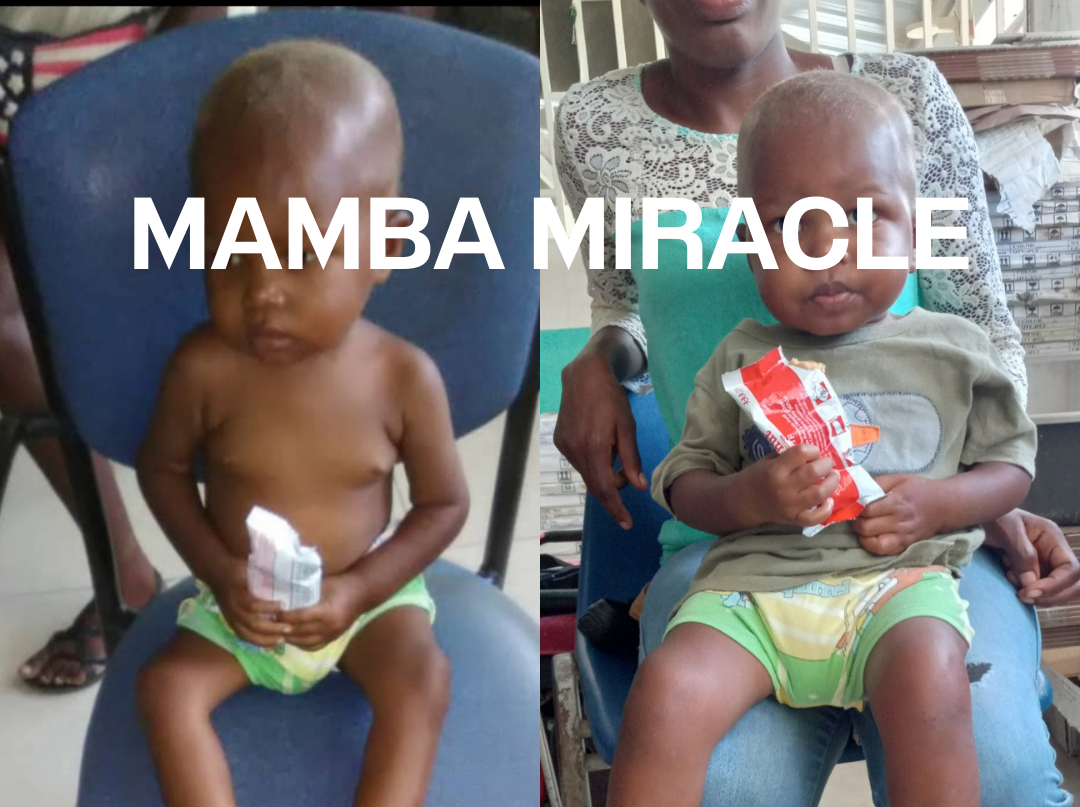 At 21 months old, Arsmterlin lived in the Fort Bourgeois community with his parents and his two older siblings, who are twins. He was breastfed for the first year of his life, and three months after weaning, he started to lose appetite and became weak. He occasionally would have to spend time in inpatient care in a private clinic for diarrhea and fever. Arsmterlin's condition gradually became more complicated with edema, a swelling caused by malnutrition.

Arsmterlin's mother was familiar with one of the MFK's clinic partners, the Fort Bourgeois clinic, located in the Cap-Haitien community. At one point, she had brought Arsmterlin’s older twin siblings there for malnutrition symptoms. At the clinic, she had been educated on many topics, including malnutrition prevention, and how to feed her children well. She knew they could assist with Arsmterlin’s situation and that the life of her baby could be saved.

Arsmterlin was screened for severe acute malnutrition at the Fort Bourgeois clinic in April, weighing just 16.9 LB. He was immediately admitted to the malnutrition treatment program. After only a week of Medika mamba treatment, everyone at the clinic noticed that Arsmterlin's face was completely changed.

In total, Arsmterlin spent 8 weeks in the outpatient clinic receiving Medika Mamba and loved the taste of the therapeutic food. He graduated from the malnutrition program at a healthier 20.5 LB and is now energetic and happy. Arsmterlin's family is thankful to MFK for donating this miracle Mamba product that has saved the lives of Haitian children, including their own baby.

"I don't have the words to explain my joy in seeing my baby’s face and health transformed, he is like a different boy thanks to MFK's Medika Mamba," says his mother, Adonise.