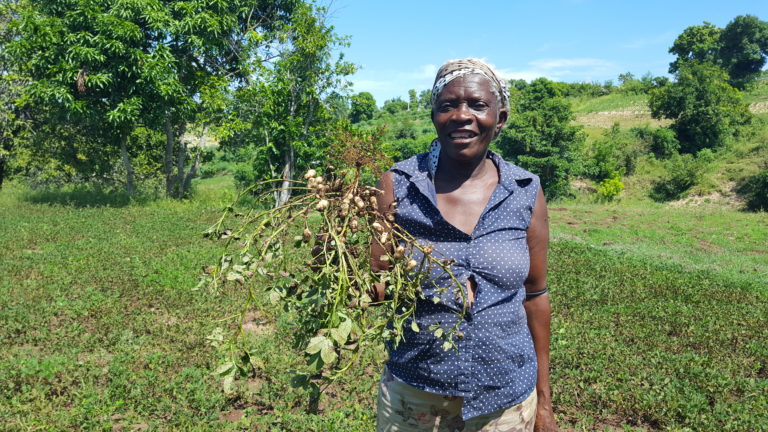 MFK: A Reassuring Hope for Haiti

I left Haiti and moved to the United States on September 3, 2003. Despite all the bad things I had heard in the news, I took a trip back to Haiti with Dr. Patricia Wolff in October 2020. I was so inspired by the presence of MFK in the communities I visited, I am reassured that there is hope for a better Haiti.

The first program I visited was MFK’s agriculture program in the north east part of Haiti. James Blanc, the lead agronomist who joined MFK in 2018, introduced me to a couple farmers in the MFK’s champions program. Our first stop was in a beautiful little village called Baja, in the north east part of Haiti. This is where James meets with the farmers every week on Wednesday at 12pm for the “Champions Program.” The Champions Program is an intensive individualized farmer mentorship which includes a farming class that lasts for two hours. In those two hours, James teaches the farmers about different farming concepts including soil preparation, soil conservation, and techniques to prevent aflatoxin contamination as well as basic business methodologies.

Farmers in the northeast do not think of their farming activities as a business venture. Oliquer, one of the farmers in the champions program that I spoke with, told me that he is a farmer because that is what his parents did. Farmers in Baja generally spend all their time and little resources they have in their garden without understanding the possible return they can expect or keeping track of their investments. James told me that he encourages the farmers to record the costs of everything they put into their garden so that they can track their progress and, ultimately, profit. Since most farmers in that part of Haiti are not able to read or write, they have to rely on their kids to help them record the information.

MFK’s Champion Program promises true social-economic development in the communities I visited. The farmers in the Champions Program told me that their rent, children education, and healthcare depend on their peanut harvest. Before MFK’s program, harvesting was a game of lottery. If the impact of climate change did not destroy their garden, aflatoxin contamination still threatened a good harvest. However, because of MFK’s Champion’s Program, the farmers told me they feel much more confident about meeting the needs of their family. 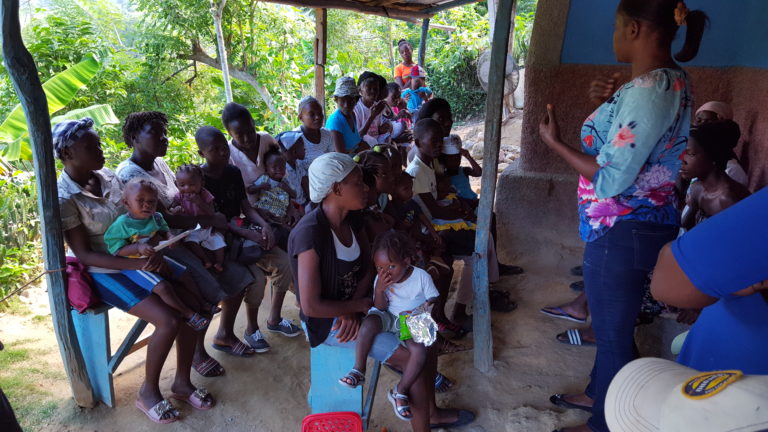 The second MFK program I visited was for pregnant women or the prenatal program. ,Many of Haiti’s communities are stricken with lonely and exhausted pregnant women without sufficient support from their families or the father of the child.

I visited a clinic in a community where pregnant women are so undernourished that some of their children often die in their womb. Some of the mothers I talked to were so desperate to secure the life of their unborn baby, they even forgot about themselves. Most of them lacked the proper nutrition to support a healthy baby to term. I held the baby of a very young mother in order to give her a quick break. She seemed so exhausted. She was elated; I thought she was going to take a quick nap. When I asked her about her son’s father, “l’ap banboche” she replied. That’s creole for “he is doing whatever he likes.” I teared up. She reassured me MFK’s Plumpy Doz is a solution that is certain for her and her newborn.

After so many terrifying stories, I was pensive and confused. I thought to myself, is it really true there are children who did not see a day of life because their mother did not have enough food to eat? I have read a lot about different types of complications that can threaten the life of a baby during pregnancy, but the possibility of a stillborn child because the mother did not have food should not be acceptable to the world. MFK understands that. I hope more people will continue to join hands with MFK to help provision foods with necessary nutrients for pregnant women and children in Haiti. 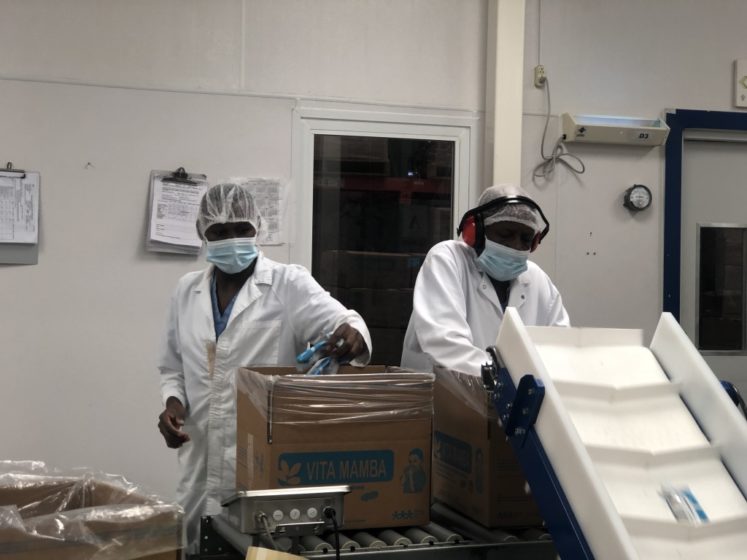 The last program I visited was the young child malnutrition clinic in Bahon, Cap-Haitien, Haiti.

“Children in this area used to die every day” said Celiac, the community organizer of the malnutrition program. “Thanks to MFK’s Medika Mamba food we give to the children, they stopped dying” he added.

Can you imagine a mother whose children have died because she did not have food to feed them? That has got to be the saddest moment of life. This is what has been happening in Bahon. I held a one-year-old baby who used to weigh less than a newborn baby. His mother told me her son would definitely have died if he did not have MFK’s Medika Mamba. His mother said after the houngan/traditional healer failed with her first born, she decided to bring her second child to MFK’s program. Her neighbors shamed her for that but she said she did not care because she could see the results for herself.

We live in a time where the World Health Organization is attempting to respond to an epidemic of over-nutrition*, yet some children are dying because they do not have food to eat. We can do better. If there is a time where the leaders of the world could eradicate malnutrition, it is now.

MFK has been moving the needle on malnutrition in Haiti but MFK needs more help. A lot more help. Celiac told me there are many more people in the mountains we need to reach. The cause of malnutrition is the responsibility of every person in the world. Nobody should die because they do not have food to eat.

From famine to fatal diseases, everything that once threatened the progress of life has eventually disappeared. Haiti’s dire situation will also disappear one day. MFK’s remarkable success in the communities I visited is hopeful and reassuring of a better Haiti.

MFK’s presence in Haiti means “access to life” for thousands of people. The support of a friend is very critical when any of us have serious problems. You are that friend. It is you, the donors, that have saved the lives of nearly half a million children so far. These are sweet little hearts that will live on because of your generosity. Thank you!