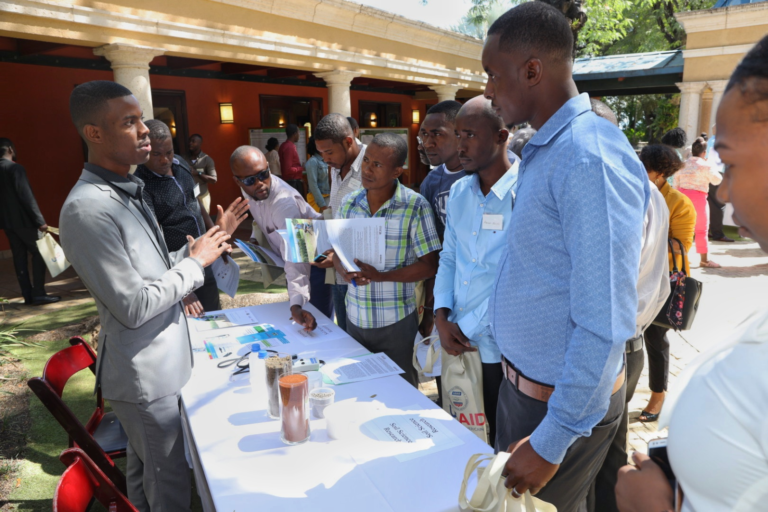 Last month, the MFK Agriculture team traveled to Port-au-Prince to join over 140 scholars, researchers, and agricultural experts for a conference hosted by the Feed the Future Appui A La Recherche Et Au Developpement Agricole (AREA) project. Launched in 2015, the AREA project helps Haiti develop and strengthen its agricultural innovation system and increase production, household incomes and food security. This was accomplished through a collaboration with the University of Florida and the U.S. Agency for International Development (USAID).

The AREA project has trained thousands of farmers, professionals from public and private institutions, and has supported 25 Haitian graduate students attending the University of Florida and Louisiana State University in fields such as agro-climatic data and plant disease. 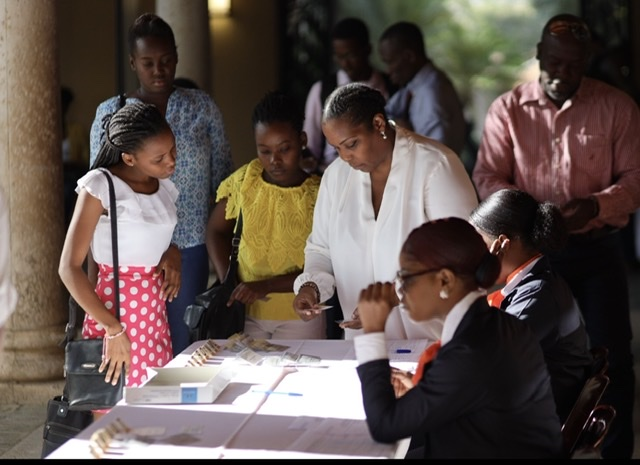 This conference was a platform to share data on the research projects and foster networking relationships to spark future collaboration. One of the seven main topic areas was the reduction of post-harvest losses and food safety. This was of interest to MFK because the AREA research placed an emphasis on reduction of aflatoxin contamination in peanut storage. As aflatoxin awareness and mitigation is a piece of MFK’s agriculture team’s mission, the team was thrilled to see that this concern is gaining broader attention throughout Haiti.

Among the presenters was one of MFK’s partners, Phendy Jacques. Phendy is a research consultant with the University of Laval who researched consumer economics with support from MFK during 2019 as part of MFK’s aflatoxin project funded by the International Research and Development Centre (IDRC). He presented his previous research on the economic incentive for Haitian farmers to adopt use of aflatoxin control techniques, such as drying peanuts on tarps instead of the soil.

The AREA project also developed advanced genetic lines of beans that outperform the local Haitian varieties. MFK plans to use this example to discover how similar improvements could be made in peanuts with improved varieties, and met with other scientists who are currently researching improved peanut varieties for Haiti. The MFK team was inspired by the success of this five-year long project and is looking forward to how this research and knowledge can shape the future of agriculture in Haiti. MFK will also look for ways to transform its own farmer training curriculum to use the best methods for transfer of new technologies, tools, and information.